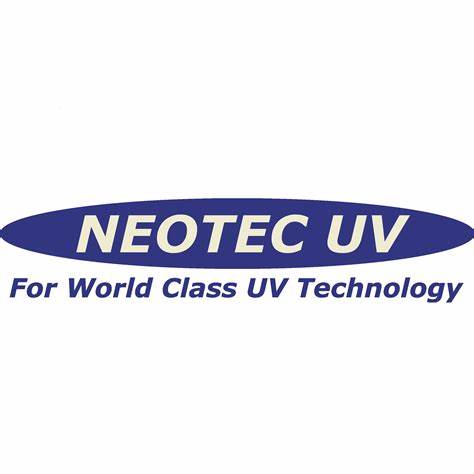 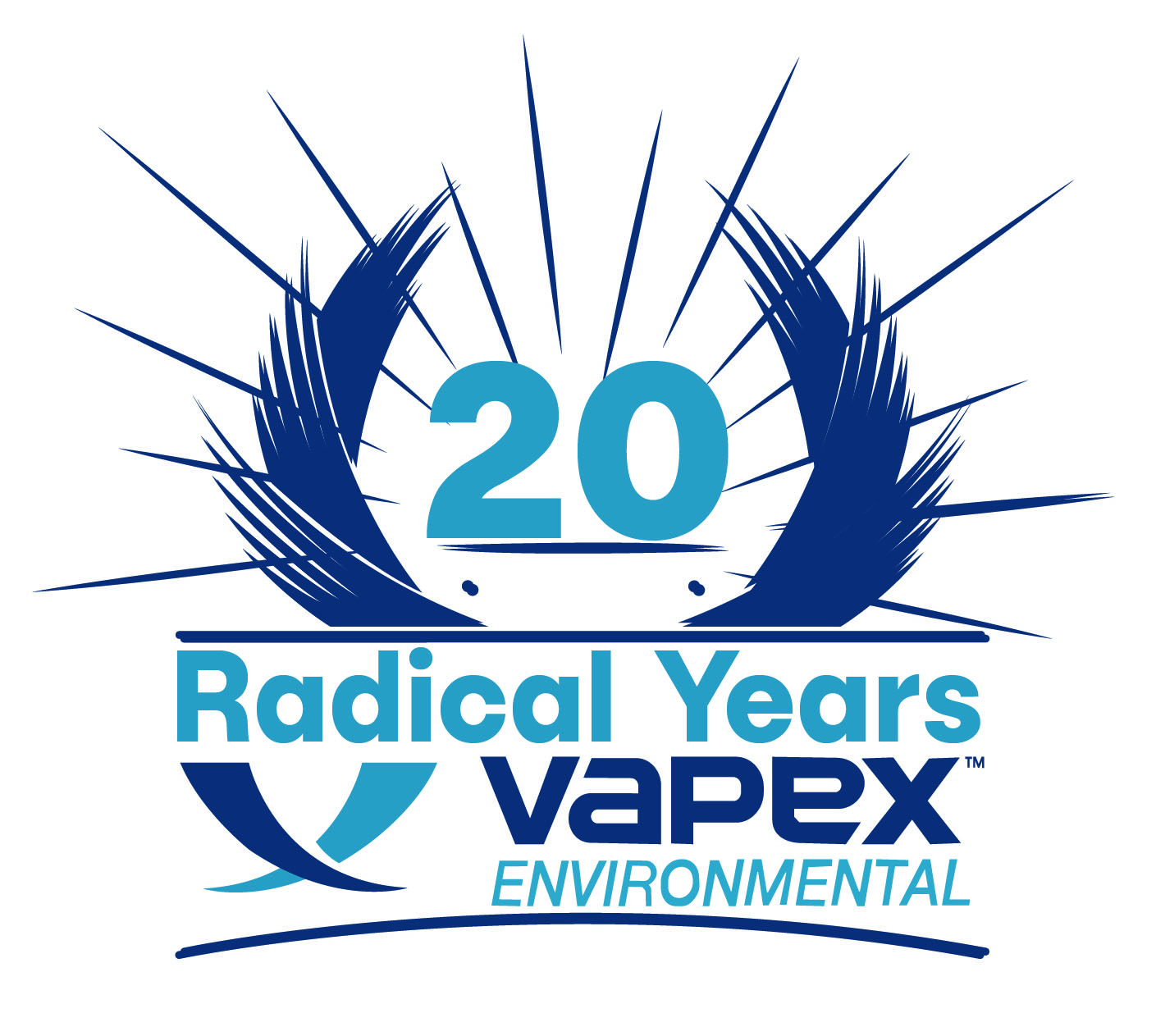 Aqua Equip Technologies LLC (AET) is a manufacturer and consulting firm for tube settler, biofilm attached growth and aeration diffuser systems. We are working together with the lead manufacturers for drinking water and waste water components in the United States to always supply our customers with state of the art technologies.

Our mission is to contribute with all efforts to the improvement of water quality worldwide and to raise awareness for the true value of water.

Air supply costs consume the largest portion of a conventional WWTP operating budget. For over fifteen years APG-Neuros has been reducing air supply costs by a minimum of 35% to as much as 55% in contrast with multi-stage and PD blowers for the vast majority of WWTP applications. APG Neuros is the industry founder and leader. Since its introduction the APG technology remains unsurpassed in performance and reliability. APG continues to lead the industry with automated DO control and remote monitoring systems.
The Turbo Blower is a “plug and play” technology. The complete system is delivered assembled and integrated inside a rigid and hermetic enclosure. APG’s unit is 55% smaller in footprint than conventional blowers. They are routinely installed outdoors within protective shelters throughout our market. Operators appreciate the AB touch screen for control, monitoring, and diagnostics.
The APG Turbo Blower typically pays for itself through power savings in less than five years, sometimes three. Aside from the power savings, the work environment is much safer because hearing protection is not required.

AquaTec’s SAM, or Submersible Aerator-Mixer, is a basin floor mounted aerator and mixer. Independent third party tests on dirty water prove the bottom up aggressive aeration-mixing delivered by slow speed aerators are unsurpassed in efficiency. They have been used in Texas for over forty years.

The process works by a slow speed impeller that has a hollow hub through which processed air is pumped. This allows maximum distribution of the air into the surrounding liquid. This air-water mixing also increases oxygen transfer with substrate enhancing the overall biological synthesis and CBOD removal. Variable speed SAM units have a torque sensitive turbine with an intelligent driver that senses the load on the impeller and self-adjusts the impeller speed and/or the power.

The SAM delivers DO ratios based on pre-set or automated DO controlled systems. The SAM meets all the 217 TCEQ criteria for aeration technology that can be repaired without draining of the basin thereby eliminating basin redundancy.

C.E. Shepherd proudly leads the way in manufacturing programs and practices to reduce our carbon footprint and has developed methods to reduce our energy consumption.

We consistently monitor air emissions, storm water runoff, and waste water discharge. We also recycle 100% of our steel and plastic scrap. Our products are fabricated from domestic steel and plastic that contains up to 85% recycled content.

CECO is a global leader in air quality and fluid handling in regions around the world providing innovative technology and application expertise to customers across a variety of industries.

We are working to improve air quality,

optimize the energy value chain and provide custom engineered solutions for applications across such industries as:

CleanTek Water Solutions is a leading supplier of equipment and solutions for process water, industrial wastewater, and municipal wastewater applications.  Our company focus is on providing cost-effective, high performance technologies with a customer-centric delivery process. CleanTek’s industry knowledge and resources enables us to provide our customers with products that are engineered for high efficiency, reduced maintenance, and low energy consumption. We truly believe that our ability to utilize high quality engineered systems to achieve stellar results in each individual application is unmatched in the industry. Diverse resources, extensive industry knowledge, and a wide product line enables CleanTek to deliver the best solution each and every time.

Duperon® offers a full range of screening technologies for storm water, lift stations and WWTP headworks applications. Known for their simple and effective designs, Duperon strives to meet the needs of their customers by designing products that require little to no maintenance or operator intervention, customizable to fit unique site needs or treatment processes and are built to last.

Storm Water – The Duperon Self Cleaning Trashrack (SCT) handles high volumes, high velocity and all types of debris for absolute flow. The SCT has been tested by large and small cities and found to be the most reliable and robust storm water screen technology. It is the most widely used storm water screen in Texas.

WWTP Headworks – Duperon offers both inclined and vertical configurations for typical headworks applications. The capture efficiency is determined by owner preference and application specifics. The capture efficiency is a function of the grate cleaning frequency and open area between the retaining bars or plates. Duperon® offers the full range of grate configurations from 1/2in to 3mm perforated plates.

Duperon is rated #1 in Texas because they are the safest, most efficient and reliable screens available in the market. No application is too small or too large for Duperon screens.

Dynamic Water Control Gates offer a broad range of Stainless Steel flow control gates for various applications. They can be utilized in drinking water applications, sewage treatment, water filtration, drainage, and irrigation systems. Their slide gates are custom manufactured in order to provide you with the best quality product, and to ensure that it is a correct fit for your specifications.Dynamic is setting the bar higher with better technology. When comparing their seal against the others, it is easy to see why they are the fastest growing slide gate brand in Texas.

We custom design and manufacture a full range of water and wastewater treatment equipment for municipal and industrial applications. Our experienced design team has built a reputation for providing high-quality, reliable equipment and imaginative solutions to unique problems. Our goal is to provide responsive service, competitive prices and state-of-the-art design for today’s market, into the 21st century…and beyond.

The Screen Master step screen is well suited for small to medium headworks applications. Typical Step Screens offer high capture rates but have been a source of high ownership costs. Step screens convey the captured debris up the screen via hundreds of thin gauge metal plates. The Franklin-Miller ScreenMaster step screen incorporates a proprietary ramp at the base of the screen that directs debris away from the known jam points.

The Spiralift SC Screenings Conditioner provides a two-step process for grinding and washing screenings debris. Its vertical stack configuration can be easily installed behind most screens from the industry. The Spiralift SC washer compactor utilizes a rugged TASKMASTER Screenings Grinder ahead of the washing cycle. After grinding the ground solids are intensively washed to remove contaminants and organics. The processed solids are discharged as uniform particles in a compacted plug, for disposal.

H2O Innovation’s Bio-Wheel Aerator process will replace the conventional oxidation ditch in Texas because it solves the capacity limitations oxidation ditch owners experience during the warmest months. The Bio-Wheel delivers consistent DO via better mixing and slower speed aeration.
The H2O process is best suited for 2 MGD or smaller WWTPs. The Bio-Wheel process combines an activated sludge and fixed film process into a single system. Aeration and mixing is provided via large diameter basin mounted hollow plate wheel. The wheel is a multi-purpose tool for biological treatment. The outer surface provides a base for bacteria growth while the hollow plates entrap oxygen. The slow rotation provides full basin mixing while aerating. No blowers are required. It is the same process as taking a cup and trapping air within it as you plunge it beneath the water’s surface.

INVENT focuses on applications in the municipal and industrial water and wastewater treatment markets.

ISHIGAKI equipment design and development is based on efficiency, productivity, technological innovation and the effective treatment of commodities while at the same time paying due consideration to environmental considerations.

The mission of Midwestern Fabricators is to provide a quality product that meets all applicable specifications at a competitive price for the FRP industry, ensuring top-notch customer service.

Mixing Systems, Inc. was founded in 1985 by Prakash R. Bathija, P.E., one of the early developers of jet mixing and jet aeration technologies. Since its beginnings, Mixing Systems, Inc. has been a preferred provider of submerged jet aeration and jet mixing systems. With hundreds of installations operating worldwide, our success and reputation are the direct results of a commitment to product excellence and customer satisfaction.

Jet aerators use the ejector method of contacting gases and liquids. The jet consists of a double nozzle arrangement. Each jet has a primary nozzle, an intermediate high shear mixing chamber, and an outer secondary nozzle.

The high-velocity plume from the secondary nozzle travels horizontally, spreading throughout the tank volume before riding to the surface.
This high-pressure condition gives the gas bubbles a greater opportunity to dissolve in the liquid, increasing the oxygen transfer efficiency.
The jet plume also creates good molecular dispersion, sending oxygen molecules to microorganisms much faster. Such intimate mixing of reactants assures effective process operation.
Our highly durable mixing and aeration manifolds are manufactured in Ohio. We have long-standing, preferred OEM relationships with the several of the most reputable recirculation pump and air blower manufacturers in order to supply our customers with a complete jet mixing processing system that we can stand behind. 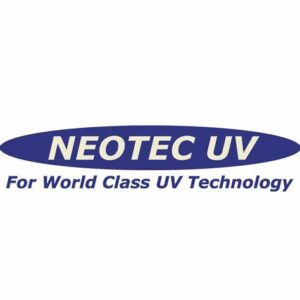 The EcoSet design moves the controls and ballasts to above the floodline thereby limiting the flood loss to a small wiper motor.
Use the NeoTec approach to remove the mystery of UV system design. It is easy to get started, just plan for ten lamps per MGD of effluent. From there we can help you decide the level of redundancy, flow control and monitoring works for you.

Scinor’s replacement modules are designed to offer “plug and play” convenience. Their modules offer an “outside-in” flow path and are a true “TIPS” membrane with PVDF fibers. Their modules are suitable for all water treatment flow ranges from the smallest to the largest applications.

United Blower's team of talented engineers partner with engineers across the United States, Canada, and around the world to deliver first class water and waste-water treatment solutions for the municipal and industrial markets.

In addition to quickly a 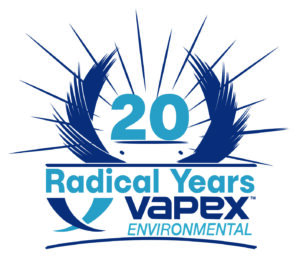 nd effectively oxidizing odorous compounds, the hydroxyl radical fog not only remediates natural Fats, Oils and Grease (FOG) by breaking them down into alcohols and acids, it also protects the infrastructure by destroying the bacteria causing microbial corrosion.

Vapex is celebrating their 20th anniversary this year!

To Celebrate, Chris and Nathan are traveling all around Texas to make introductions and share about this technology. If you would like us to host a lunch and learn or have us come meet you in person, please contact Chris Hanley: (970) 708-2669 or Chris@visionequipment.net.

Wastewater Treatment Process Equipment (WTP) manufactures a complete line of technologies designed for small to medium WWTPs. The WTP Vortex Grit Removal system is one of the most innovative products to remove inorganics from the wastewater stream. The automatic grit removal begins