The City of Harlingen, served through Harlingen Water Works System (HWWS) initiated a plan in 2008 to update their South Wastewater Treatment Plant through a masterplan study. The study determined that the rate payers would benefit from a modernization of the South WWTP. The South WWTP flows on average 6 MGD but the study determined the modernization project should be designed to handle 10 MGD on a daily basis. The goal was to reduce or at least mitigate any future rate increases through power savings and or improved treatment process.

The original South WWTP was almost fifty years old. The South WWTP headworks included screening and vortex de-gritting. The biological process utilized aeration ponds with 25 HP floating surface aerators followed by digester basins aerated via multistage centrifugal blowers. The resulting sludge from the process was dewatered on a 2.0m Andritz belt filter press. The aeration process consumed 710 HP on a connected basis. The digesters were served by three 100 HP multistage blowers. The monthly cost for power for the complete South WWTP was a well-documented $80,000 per month on average. This would be their second attempt at modernization. Their first attempt included a complicated heat treatment system known as ATAD had failed. This second attempt would be managed and constructed “in house” with outside design and construction assistance as needed.

The second modernization is a textbook example of what is possible when the right combination of engineering and construction experience is held within a municipality. The results in terms of cost savings to the rate payers and the environment is a model many communities can appreciate.

The modernization began in 2011 with the addition of twin Duperon FlexRake™ headworks screens followed by a rehabilitated vortex de-gritting system from Envirodyne Systems Inc. In 2012 the design for the biological process began. By 2014 the major biological processes were selected for bidding direct to HWWS through process specific bidding and RFPs. The modernization centered on a conventional WWTP process which included secondary clarifiers coupled with concrete aeration and digester basins.

By 2015 the equipment bidding and construction began. The equipment procurement process determined that the following technologies were to be included in new concrete structures when needed and rehabilitated ones when possible.

The concrete basins were construction by RP Constructors through 2015-2016. In 2017 the new South WWTP startup began with a minimum of delays.

After six months of operation ending in September 2017 they were able to confirm an average monthly power cost of $32,000. The total cost for the project came under budget at approximately $15,000,000.

Commissioners from the TCEQ toured the new WWTP in the spring of 2017. The agenda provided to the TCEQ contingent is attached. It documents the cost savings reported through this case study.

We thank them for their business and congratulate them on setting an example many should follow. Well done! 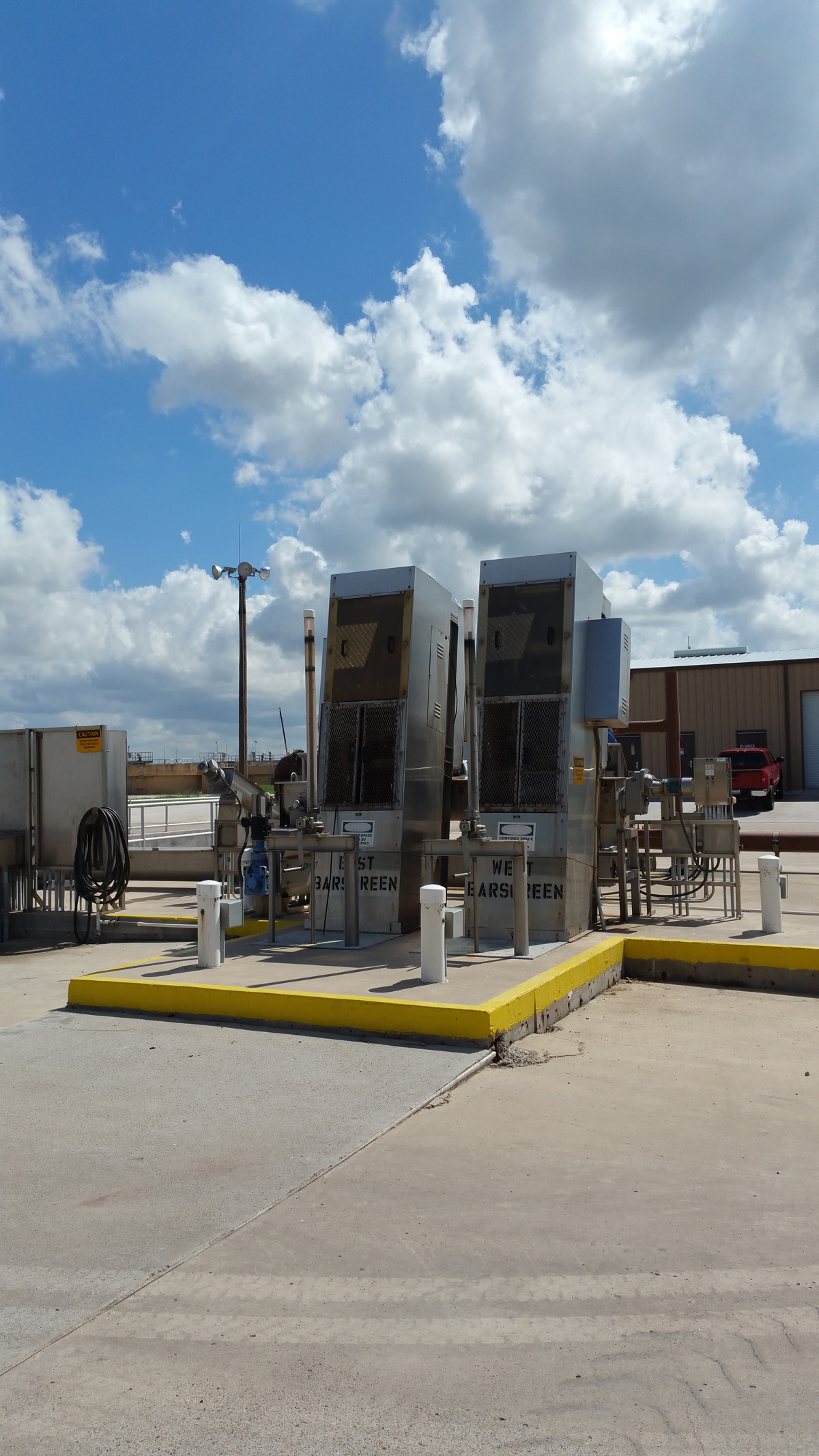 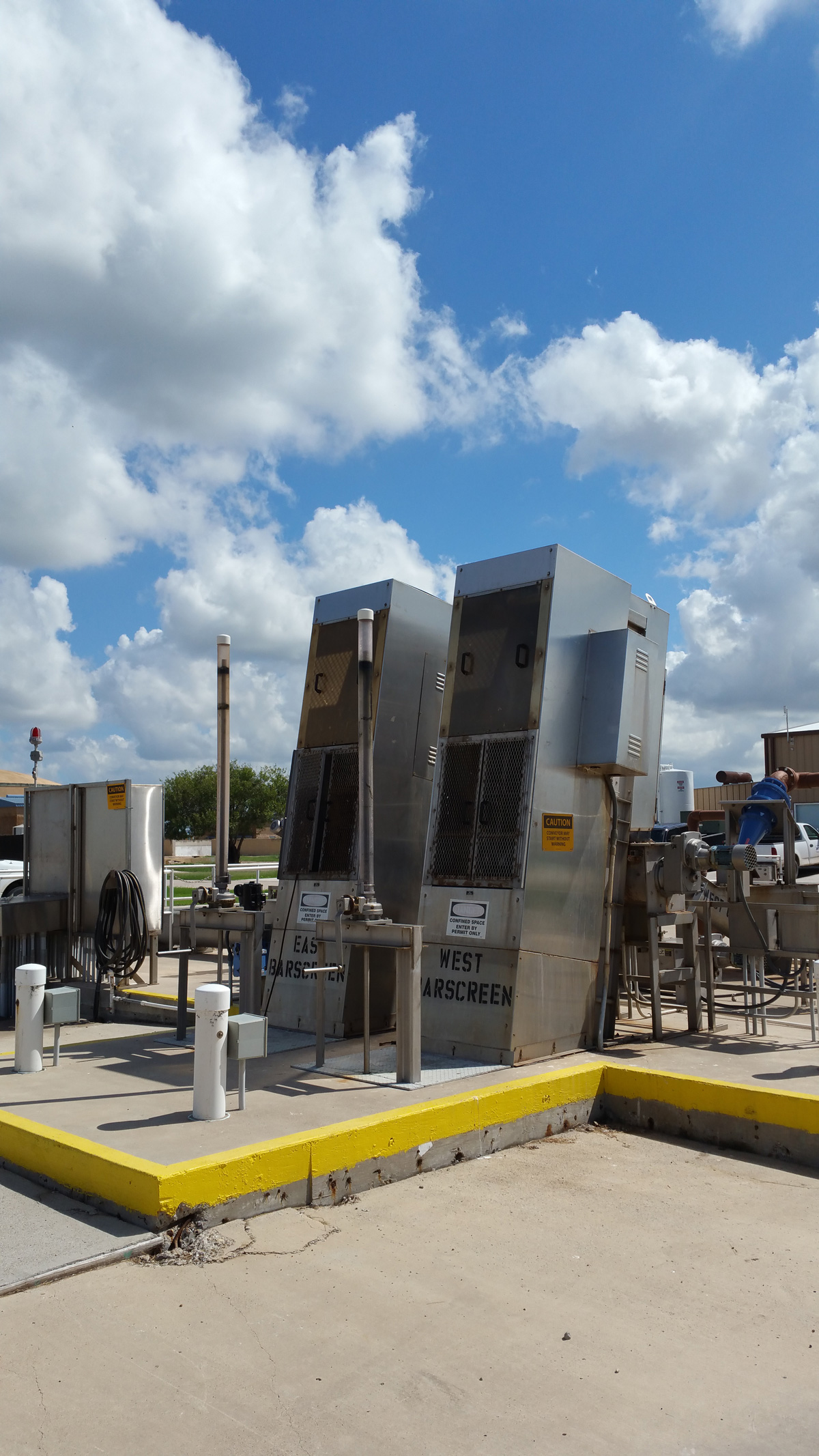 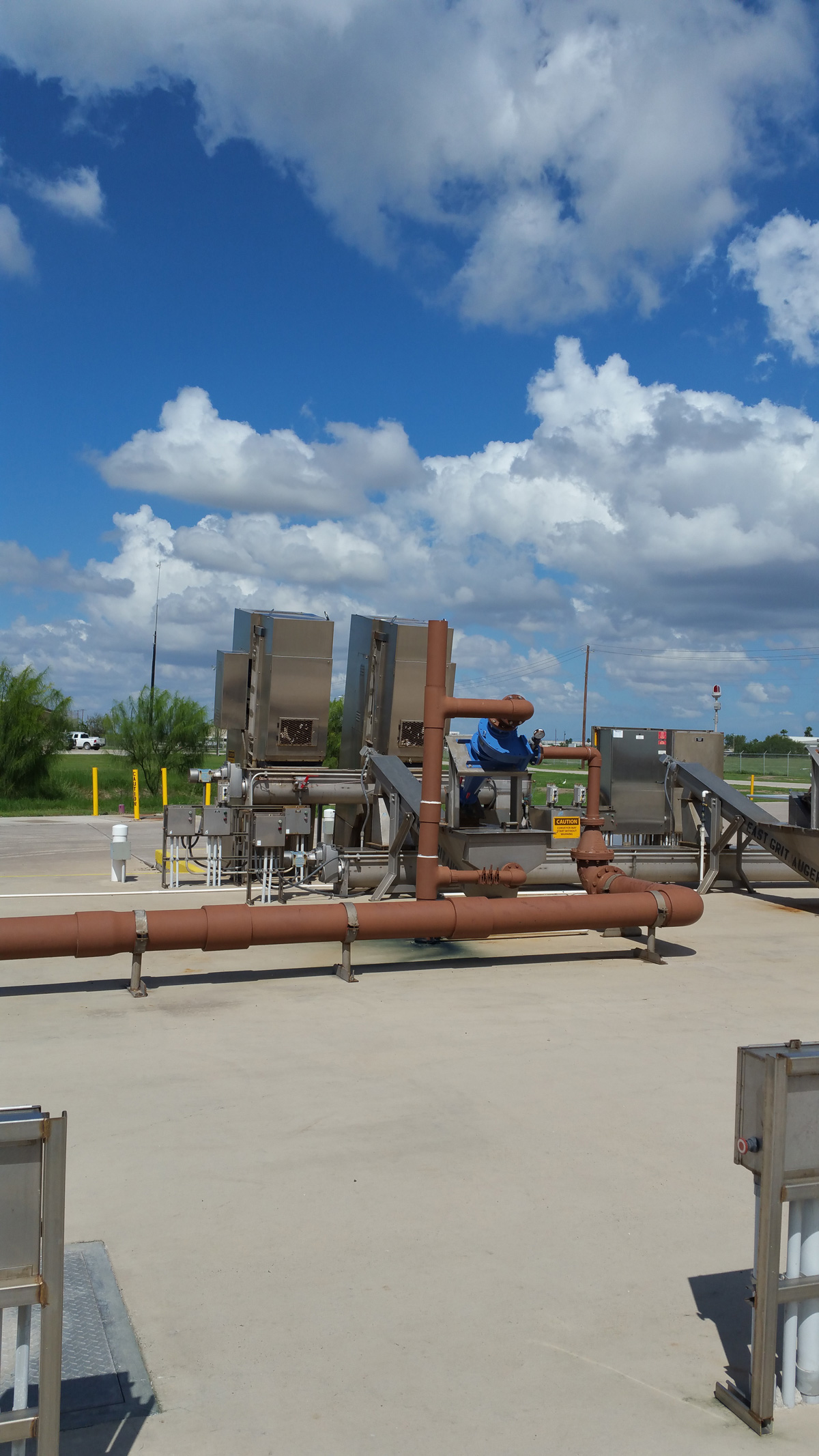 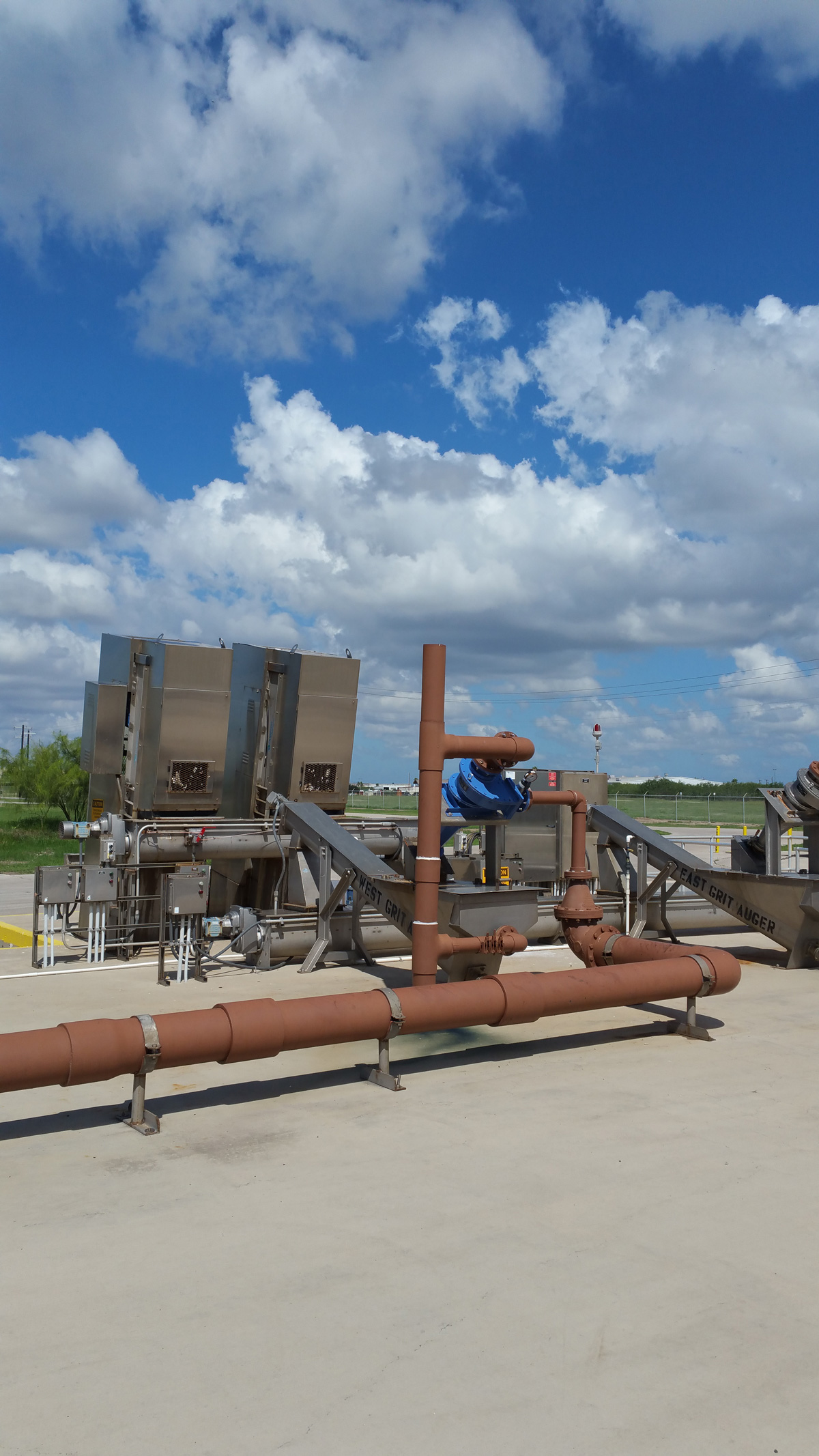 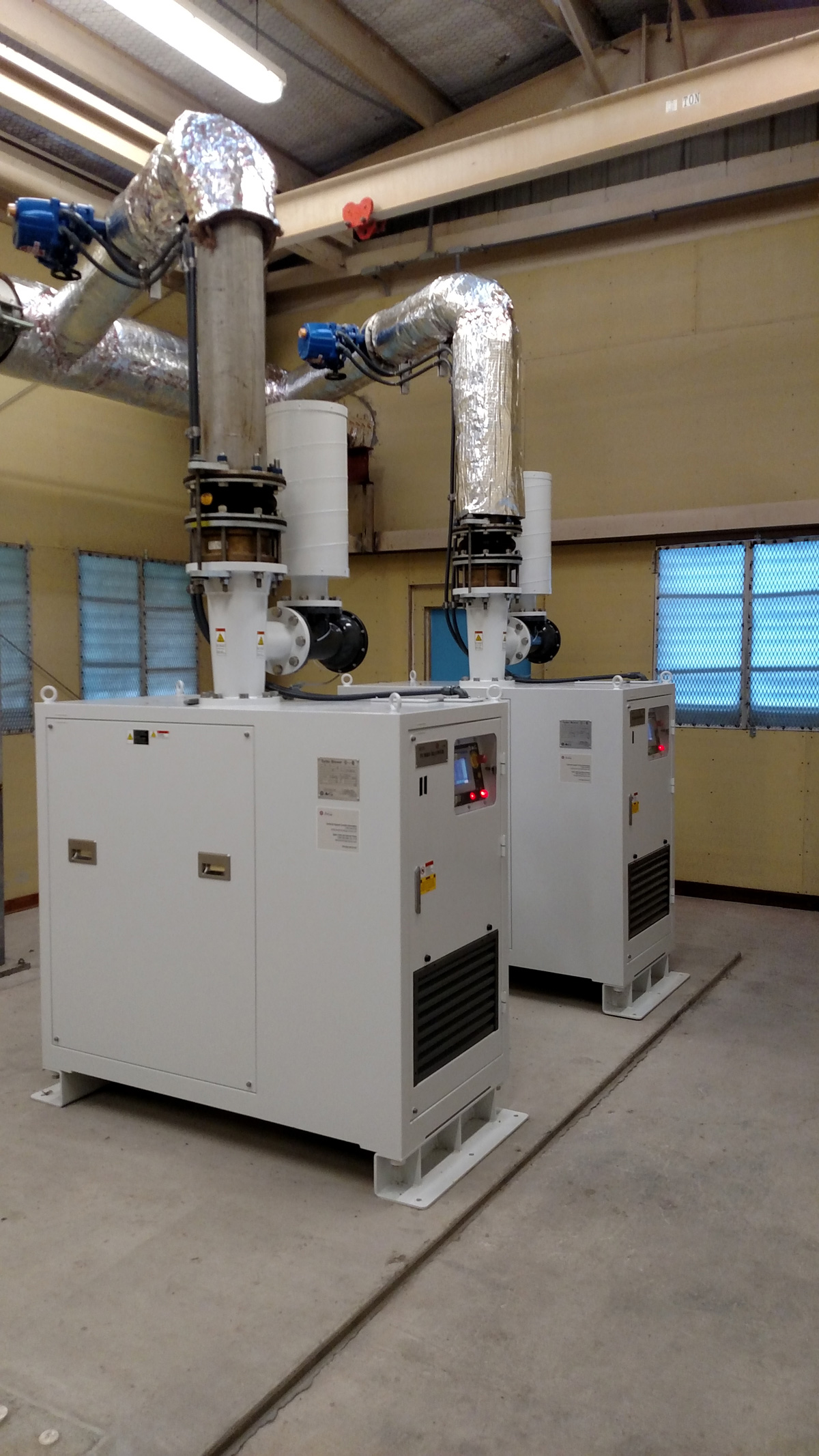 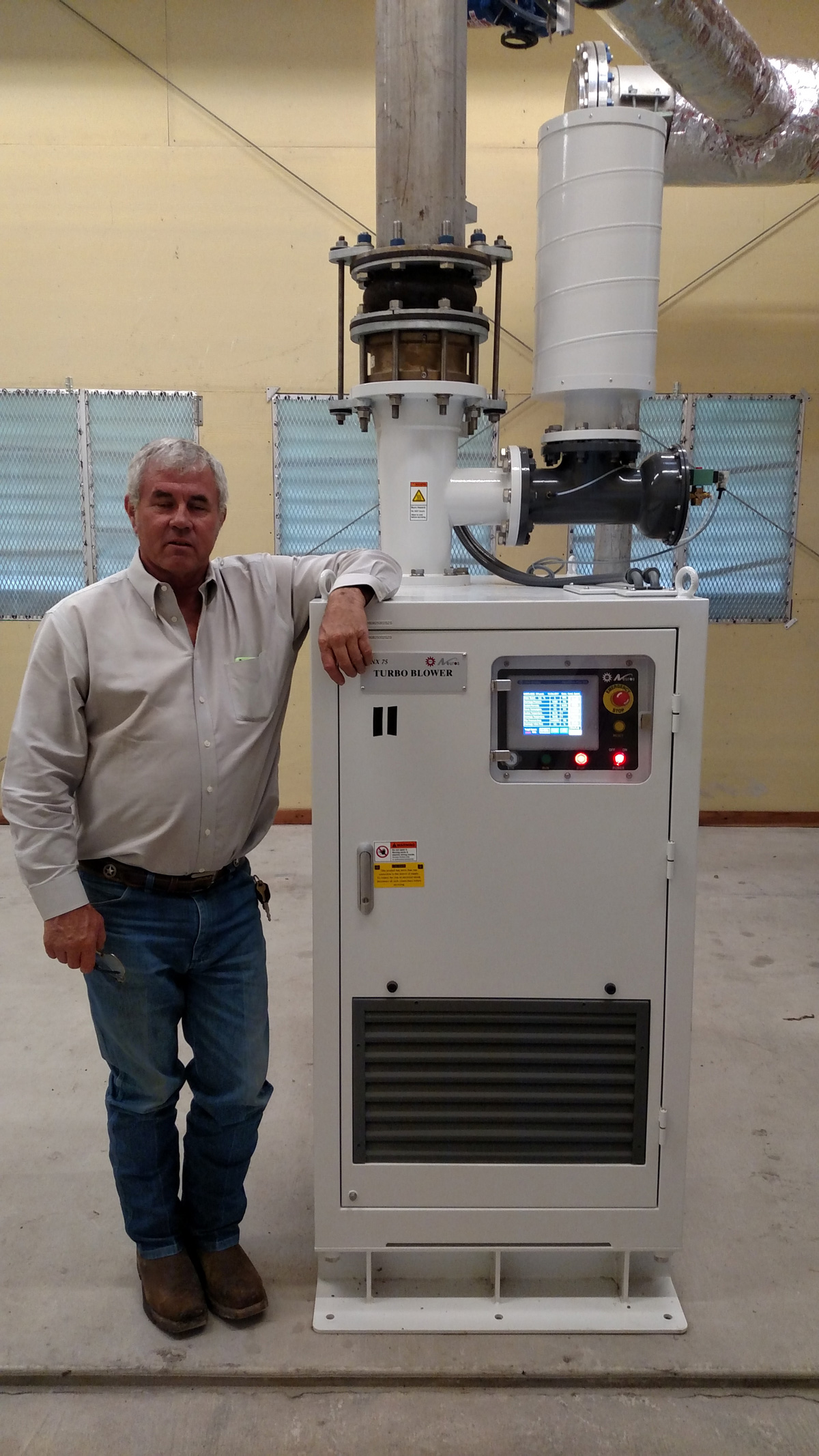 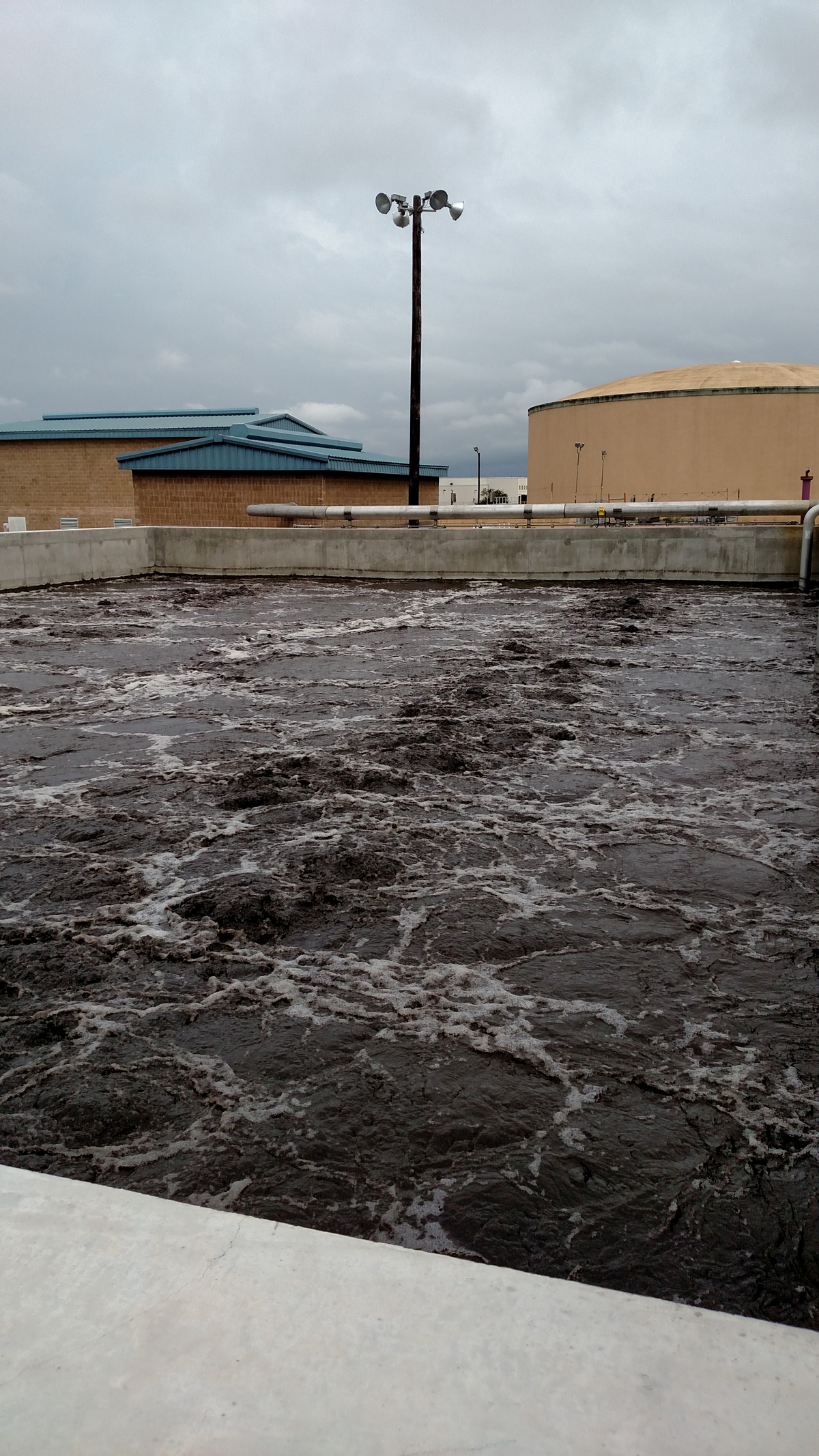 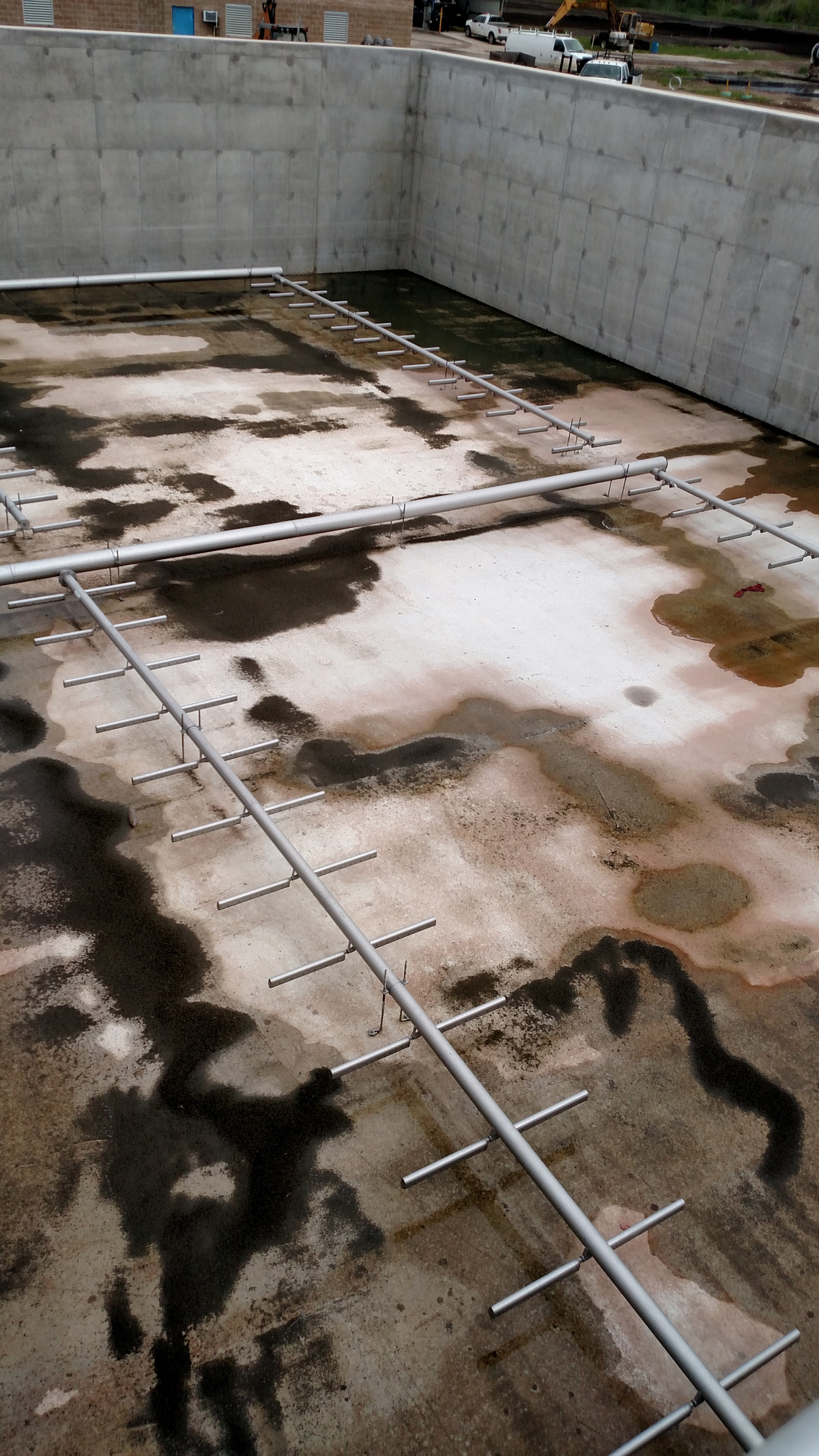 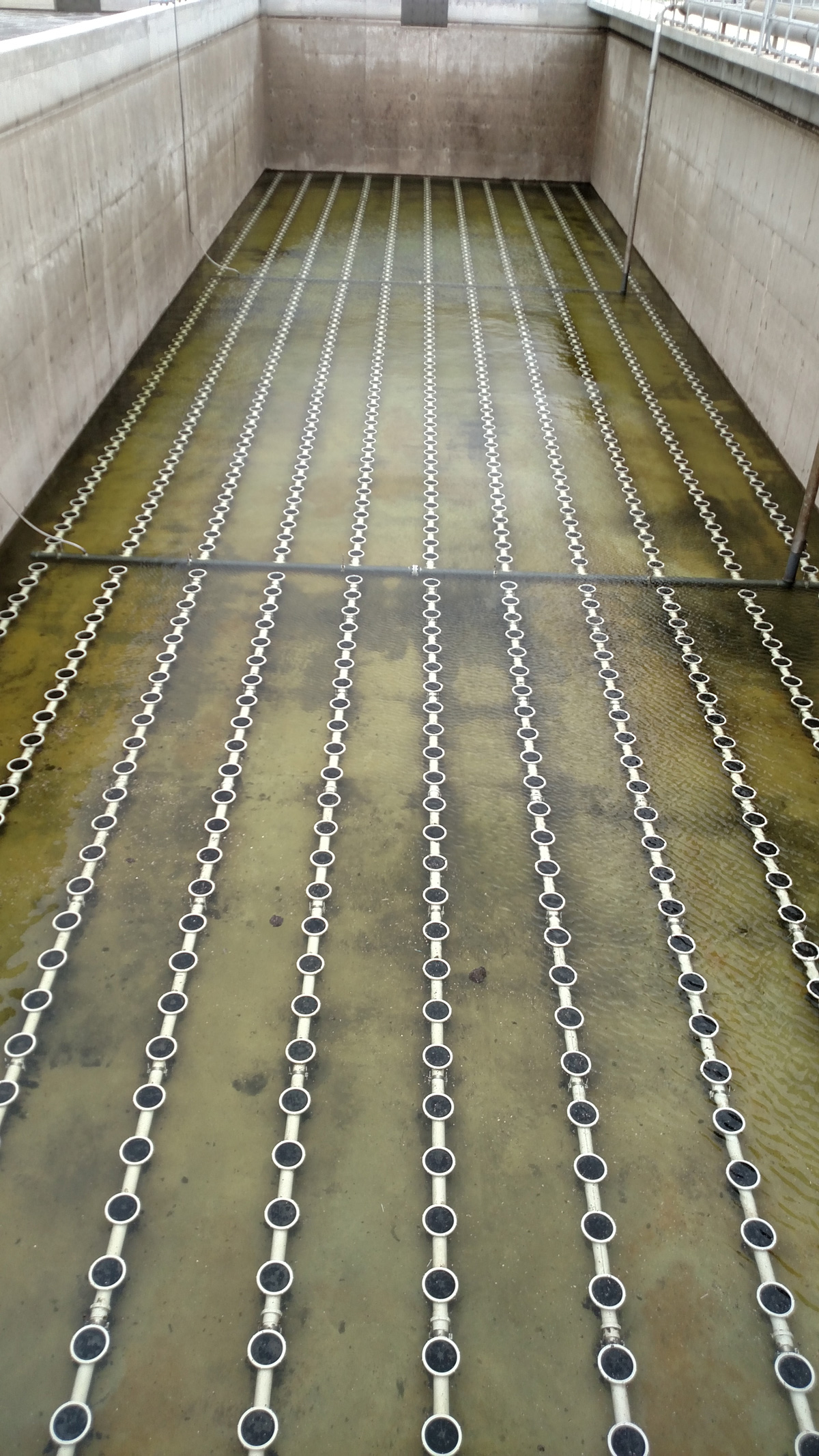 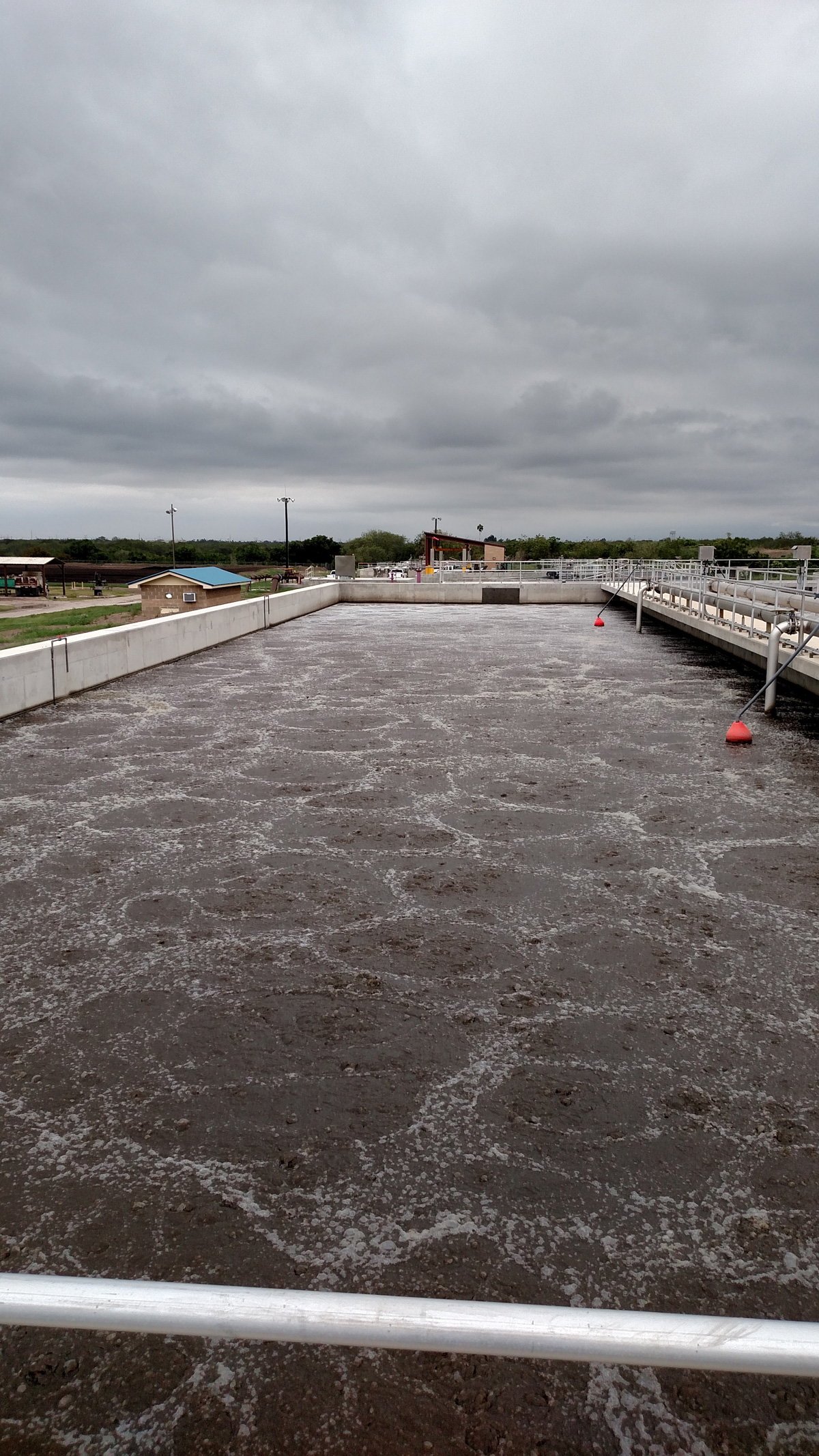 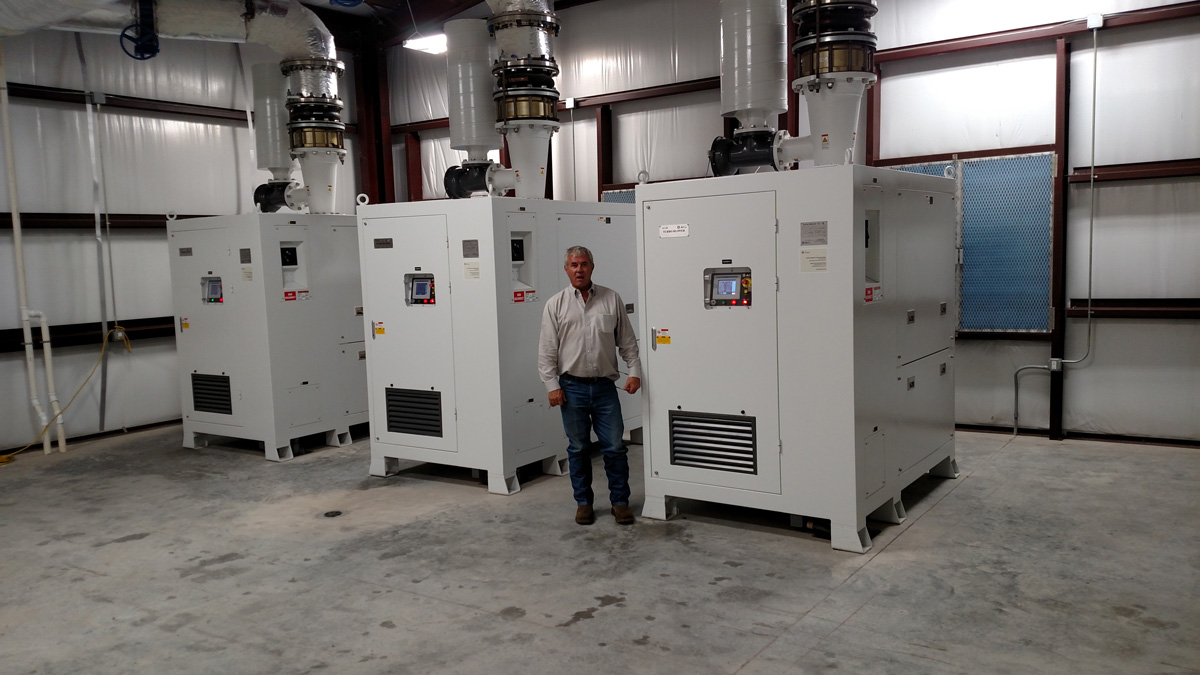